Despite the existence of some more or less interested denialisms, it is not too daring to affirm that for the vast majority of people is increasingly clear that it’s necessary to start really reducing greenhouse gas emissions as quickly as possible.

Also, this can only be done by drastically lowering fossil energy consumption, which as long as renewable energy production is not higher, can only be achieved by using less and less energy in general.

But there is a small big problem: information on the energy costs of products and services is very scarce, so that, even if they are very aware, citizens/consumers/users find it very difficult to make decisions based on this parameter.

In order for us to do this on the basis of proven facts and not beliefs, this information should be available everywhere. That is, on labels, bills, catalogs, websites, advertising brochures, etc., of everything we buy or use, we should find, clearly and prominently next to the price in money, the “energy price” of the good or service contracted or purchased.

The truth is that some efforts in this direction are already quite visible: a notable example is the European energy efficiency labelling system that citizens find more and more often when they go shopping, with a fairly simple letters and colours code.

In these labels, already generalized with regard to large household appliances, you can find the estimated annual consumption in kilowatts/hour, in addition to other main information on the characteristics of the appliances, the water consumption of washing machines and dishwashers, for example.

But these labels do not offer other important informations, such as the energy that has been necessary to manufacture them, or the energy that will be needed to recycle them when they end their life cycle. It is also a system that applies to very few sectors, and the vast majority are left on the sidelines.

Thus, even the people most concerned about the environment and climate change who want to contribute to mitigating face dilemmas with no solution. For example: what uses more energy, washing dishes by hand or with a dishwasher? Yes, manufacturers claim that dishwashers are much more efficient, but they do not provide all the information necessary to calculate the total energy cost of the appliance’s life and to compare it with the manual alternative.

The same is the case of electric cars, which are beginning to become widespread and are being sold as “ecological” because using them does not generate greenhouse gases. But this hides both the emissions that have generated its production, which are higher than those of fossil fuels cars, as well as the origin of the electricity with which they operate, and which, in a still high percentage, comes from fossil fuels.

This implies that the adjectives “ecological” or “green” that is often used associated with these vehicles is rather a label to make people believe that they do not involve greenhouse effect emissions, which is only partially true, but in a rather small percentage. And even more important: they mean perpetuating the contradiction of dedicating the available energy to move heavy machines to transport little load, often a single person.

Despite everything, there are systems already available that allow us to be aware of the abysmal differences in environmental impacts between travelling by plane, by car (whether powered by fossil fuels or electricity) or by train, for example. But the scope of these systems is limited, often reduced only to the most conscious citizen circles.

The power of “greenwashing”

On the other hand, the messages of companies and service providers are much more widespread and, with marketing techniques that can be described as “greenwashing”, they use to assure that they are already doing their “environmental duties”. So they disseminate the impression that things are really changing quickly for the better. We have already seen how electric cars can easily enter this category.

The result is that is becoming general the conviction that the so-called “green economy” is really replacing the polluting, while in parallel and paradoxically, for example, the use of air conditioning continues to increase, it becomes socially normalized and energy bills continue to rise. And emissions, too.

For all these reasons, it is necessary to create a system that systematically calculates the energy used in each industrial or service or logistics process and that the information generated circulates throughout the entire process, completing itself and being well available and well visible, so that those responsible for its production and the citizens who benefit from them bear it clearly in mind.

Actually a system like this means simply applying to energy the logic of economics, in which prices are the transmitters of the information necessary for the system to work. The cheap and practically unlimited energy that we have been enjoying for most of the 20th century and the two decades of the 21st century has allowed that, when it comes to energy, there has been almost no need to balance anything.

The implementation of a system like this will provoke heated debates almost everywhere about what are the real energy costs of the goods we use are, debates that in some cases could be dramatic, but which will be part of a necessary transition.

Because now, when it is necessary to make a decision that involves an “energy dilemma”, what we have at hand most of the time is not reliable information but rather beliefs and perceptions often distorted and far from reality, which implies that decisions are made quite blindly.

It is urgent and necessary because it will allow the economic decisions that are now made in the purely monetary sphere (planning, production, promotion, sale, purchase, etc.) to incorporate the energy dimension as a basic and fundamental element, for companies, governments and citizens/consumers/users, unlike now, which is only one more element, and usually considered only as monetary cost.

In short, it will serve to place this energy dimension at the centre of each person’s individual consciousness and, therefore, will involve incorporating it in a relevant way into the collective consciousness.

Obviously it will be an accounting of a significantly different nature from the economics one: this is based on the material and human costs of obtaining and transforming what is just commercialized, in addition to what includes the more or less ethereal concept of “mark-up” and also, of course, the dialectic between supply and demand, which finally adjusts everything.

Energy accounting, on the other hand, should aim to be much more “objective”, to reflect the most accurate calculation possible of the amounts of energy that have been necessary to put in the market the product or service in question. But obviously it will also have to include and detail a crucial relative aspect: the origin of the energy, if it has been generated in a more or less “dirty” or more or less “clean” way.

This has to allow the means of production that require fossil fuels to be banished and replaced as quickly as possible by those that can be considered genuinely renewable and sustainable.

Because if next to the monetary price, that is to say the amount of money that each one will have to take out of the pocket or the bank, we find an “energy price”, which we will not have to pay at that time but we know that we will have to pay sooner or later, we or our descendants, then the decisions made will change.

Beyond the ecological, or environmental, or energy awareness each person may have, if a mechanism such as the one proposed in this article breaks into the public space, changes in the economic decisions of the vast majority of citizens/consumers/users will necessarily take place.

And this will also necessarily have repercussions for manufacturers and suppliers, who will be forced to change their priorities and strategies, and abandon everything related to fossil fuels, which have already become completely obsolete, despite the fact that nobody have programmed, rather the opposite.

A Wikipedia of energy

All this may sound very nice, but it will not escape the reader that the difficulties of implementing a system like this can be enormous. Predictably, there will be difficulties in the form of resistance and inertia from the political and business spheres that now make the vast majority of energy decisions and that operate with criteria far from those that are being exposed here.

But these resistances can be overwhelmed and even neutralized and annulled with a creative use of the internet and mobile phones, with applications that provide citizens/consumers/users with all the available information.

The ideal would be, in fact, something like a Wikipedia of energy that, with a networked volunteer system, creates, refines and expands the information to adjust it as much as possible to reality, so that it could be imposed as the Wikipedia has imposed itself, apart from any institutional or business support. 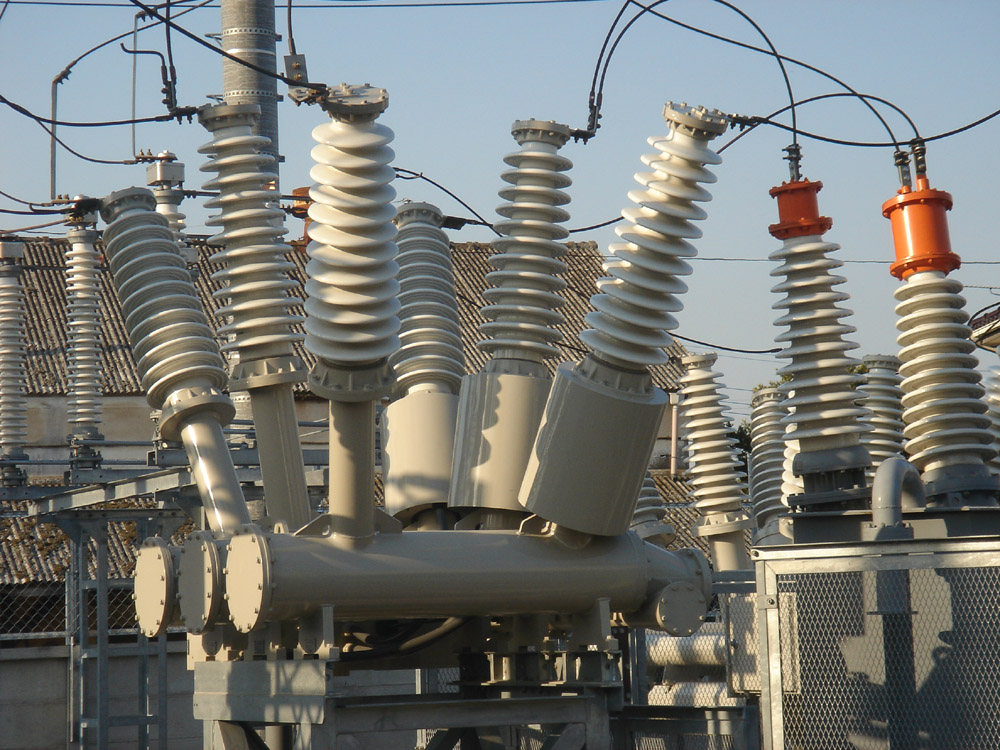